Christophon - A Hundred Roads No.1

CHRISTOPHON to Release Debut EP - A Hundred Roads (No.1) - Online and Limited Edition Compact DiscTyrol, July 2nd - Who says you need to come from a big city to make good music? No one!CHRISTOPHON is proud to announce the release of his first Extended Player, A Hundred Roads (No.1).Available on all major online platforms such as iTunes, amazon, spotify, google play, etc. and exclusively on limited edition Compact Disc.A Hundred Roads (No.1) will be of particular interest to those who think they haven't got the appropriate means to bring their music to the people.All these songs were recorded in a tiny village in Tyrol. It supports the idea of not having to move to a musical hotspotto create your own sound or to get the necessary attention from the public.A Hundred Roads (No.1) will prove that high budgets aren't needed any longer to create an outstanding piece of music. Only passion,the willingness to work hard and endurance."Anyone who likes the sound of vintage guitars and amps will love this record," says CHRISTOPHON. "You can check outsome of the gear on youtube in our first video for A Hundred Roads (No.1), which is supposed to be the teaser for this EP," he continious.What else to come ...

When CHRISTOPHON first started writing his own songs, there was no computer and no microphone, only a six-string guitar and his voice.
Today he is stoked to announce that in mid of July they will shoot his next video to the first single of the EP A Hundred Roads (No.1).
Wanna guess where the budget for this video shoot comes from? Exactly, there is no budget for it, only very good friends who are as enthusiastic
about music as CHRISTOPHON is. So stay tuned for the first live shows to be announced and don't forget to buy CHRISTOPHON's debut EP
A Hundred Roads (No.1), coming this July on all major platforms such as iTunes, amazon, spotify, google play, etc.! 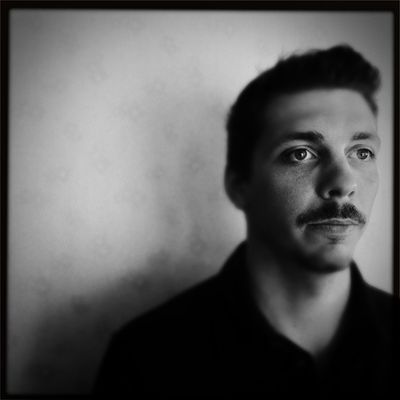